SAN ANGELO CHAMBER MUSIC SERIES features concerts by outstanding musicians from across Texas and the United States and regularly draws patrons from every segment of the community with both traditional chamber musicians and more broadly based contemporary or ethnic music groups. Several local caterers and restaurants will provide refreshments for the concerts. Ensembles perform in an intimate and acoustically wonderful space with all concerts starting at 2:00 p.m. at the Art Museum.

The Chamber Music Series is supported by funds from Lee and Dr. Patrick Moore, Susan Charles in memory of Rowena Goss, the San Angelo Cultural Affairs Council, the City of San Angelo, the Texas Commission on the Arts, a state agency, and the National Endowment for the Arts, a federal agency. 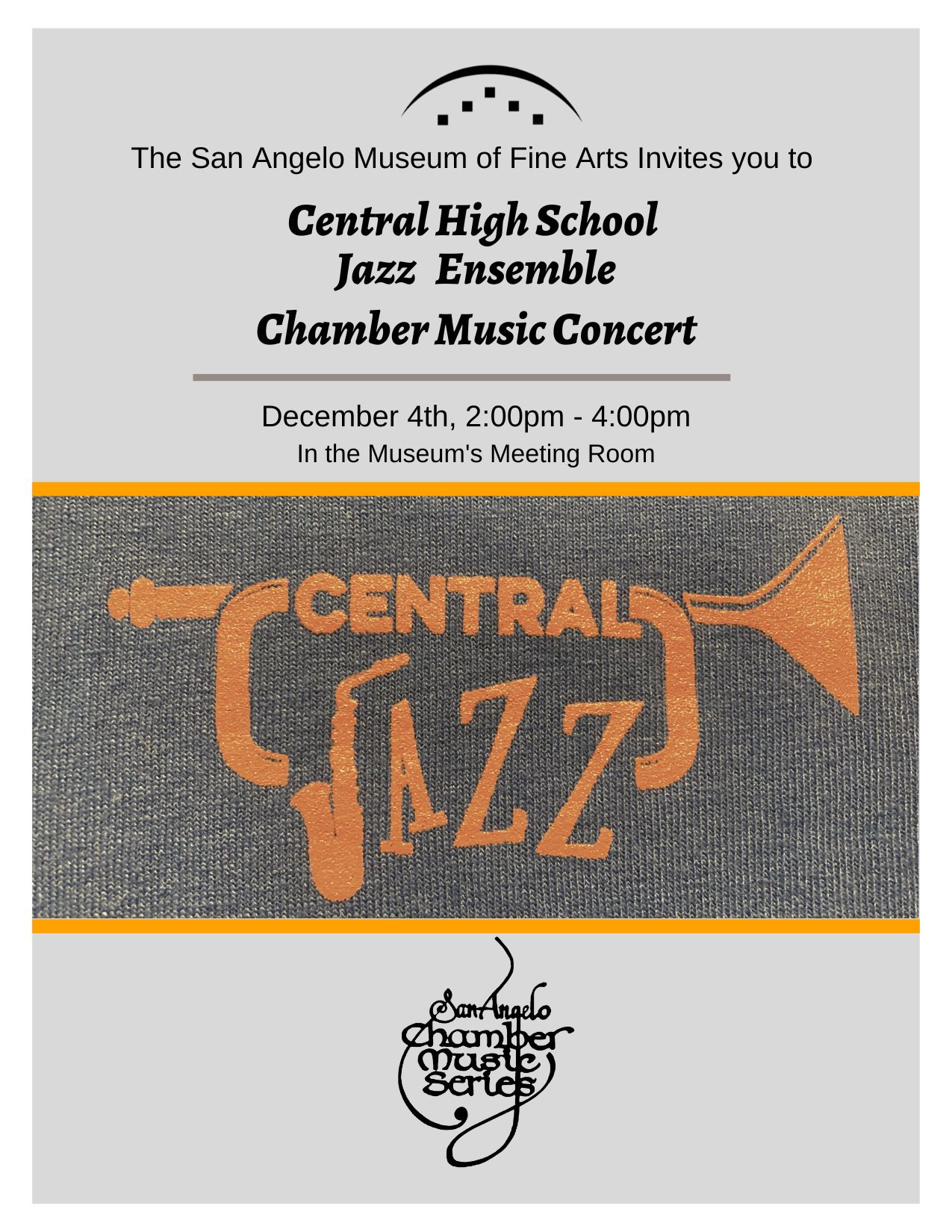 “Postcards from South America” offers a journey through two iconic musical styles of Brazil and Argentina: choro and tango.  The choro originated in Rio de Janeiro in the late 1800s.  In a musical environment that was strongly influenced by African rhythms, choro music developed as Brazilian musicians gained exposure to European musical styles, including the polka.  The compositional structure usually has three parts played in rondo form (ABACA) with modulating keys. “Choro” means “cry” or “lament,” but the rhythms and melodies of the genre are generally vibrant and upbeat, shrugging off life’s misfortunes with good humor.

Spanish born duo pianists Elena Martín and José Melitón have been hailed by critics and audiences alike as one of the most compelling talents of their generation. Their touring has taken them around the world, performing at festivals, concert series, master classes, or workshops, original compositions as well as unique two-piano transcriptions by Elena Martín. Their recordings appear regularly on American Record Guide, which says;

"The duo's ensemble is impeccable...dead-on perfect...their music turns my home into a little corner of Spain every time I play it...these are true sound pictures...Albéniz and Falla are among the greatest composers born in Spain, as is Elena Martín...Martín's compositions display far more than excellent craft; she has creativity and originality...Their recordings capture every nuance of this great duo's performances...Martín, the composer, could never hope for better performances of her work."..."Two fine professionals, enjoying themselves, play with strong rhythm and unusual clarity...outlines are clear, passages work precise...they produce a nice, resonant sound...Martín and Melitón know exactly what they are doing."

ASU Faculty and Friends : Sunday, April 3rd at 2 p.m.
Join us at San Angelo Museum of Fine Arts for an afternoon with faculty musicians. Performers include:

April 1st, 2022
Joshua Diaz In Recital with Adam A Torrez is brought to you by The San Angelo Museum of Fine Arts Chamber Music Series, and Sponsored by Mark Mclaughlin. Admission is free and masks are preferred but optional.

Mexican American tenor Joshua Thomas Diaz is an up-and-coming talent from Texas praised for his "rich and agile voice and sensitive interpretation." He has had success on the operatic stage in the roles of Don José in Carmen, B.F. Pinkerton in Madama Butterfly, the Duke of Mantua in Rigoletto, Judge Danforth in The Crucible, Le Chevalier de la Force in Les Dialogues des Carmélites, Mayor Upford in Albert Herring, the Witch in Hansel and Gretel, Pedrillo in Die Entfürung aus dem Serail, and the role of Male Chorus in The Rape of Lucretia.

Josh received his Bachelor’s degree from the University of Notre Dame as well as his Master of Music in Voice and the Graduate Performance Diploma in Opera from The Peabody Institute of the Johns Hopkins University. He then went on to Minneapolis/St. Paul to begin working on his Doctorate of Musical Arts in Voice at the University of Minnesota while studying with John De Haan.

Josh is now based in Chicago where he is completing work on his doctoral dissertation which is focused on chamber arrangements of beloved Mariachi music with the eventual goal of using this music to bridge the divide between the Latinx musical traditions and the Western Classical music establishment.
Adam A. Torres

For conductor and pianist Adam A Torres, music offers more than entertainment: it provides insights to the greatest aspects of humanity. Torres’ belief in the transformative power of music emanates in everything he does, on the podium, behind a piano, in his private studio, and in lecture halls. His passion and musical expression help him maintain an active profile across the United States and beyond, and his work is heard by tens of thousands of patrons annually.

Recent positions for Torres, a Denver-based artist, include Principal Conductor for Loveland Opera Theatre and Hyperprism Music, and other conducting engagements include work with St. Louis Symphony, Colorado Symphony, Denver Young Artists Orchestra, Fort Collins Symphony, Cheyenne Symphony, Boulder Chamber Orchestra, Cabrillo Festival of Contemporary Music, Chamber Orchestra of the Rockies, and the Colorado Pops Orchestra. Professional opera work includes appearances with Opera Fort Collins, Opera Steamboat, Opera Orvieto (Orvieto, Italy). Adam recently completed a trip to Paris and Köln to apprentice with conductor Cristian MÄcelaru, the Orchestre National de France, and WDR Sinfonieorchester. In April, Torres will conduct a concert with the Stratus Chamber Orchestra as a finalist for its next Music Director, and he looks forward to the artistic vibrance of future projects on the horizon.

Advancing the joy of music for students and enthusiasts from diverse backgrounds is a priority for Adam. In addition to serving on the faculty of Colorado State University, he has assisted with community programs such as El Sistema Colorado and served as a clinician in public schools in Colorado and Texas. Other community and student engagement projects include work with ensembles such as the Alpharetta Symphony, Fort Collins’ Health and Wellness Orchestra, Bas Bleu Theatre, Colorado State University Orchestra and CSU Opera.

Adam, who grew up in San Angelo, was also fortunate to work with the San Angelo Symphony, the Symphony Chorale, Angelo Civic Theatre, First United Methodist Church, First Presbyterian Church, Sacred Heart Cathedral, and St. Margaret's Catholic Church. A graduate of Angelo State University in Music Education, Torres is proud to have performed with many of ASU's collegiate ensembles, and his reharmonization of the Alma Mater is still used today. For Adam, it is a wonderful opportunity to be back in the town he grew up in to collaborate in this performance at the Stephens Museum of Fine Arts.